West Bengal – a descent to debt! 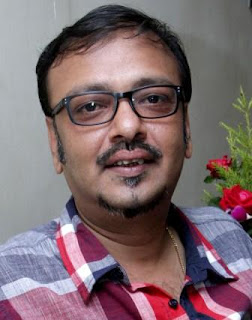 The state’s treasury is bankrupt. Communist misrule for three decades and more has left its legacy. And those that rode to power on a revolutionary mandate of change cannot refuse to accept it as a bastard son of a philandering foe.  Being in denial will only exacerbate the problem, the journey towards doom gathering in momentum.

A 3 year moratorium on payment to the Center– as demanded by the Hon. Chief Minister of the state too is not the way out as the center cannot make West Bengal an exception. States like Uttar Pradesh, Punjab, Himachal Pradesh for example will immediately ask for the same rule to be applied to them as well.

A new demand is also being floated – let the Center, instead of taking 70 percent of the tax collected by the state as of now, share a bigger portion with the states so that they can meet their requirements in a more effective manner. Having withdrawn her support from the Government, it is likely that the WB CM will make her stance on this even more shrill and even try to gather Chief Ministers of non Congress states in her struggle.

However, this too is a pipe dream as strapped for cash as the Center is, it is highly unlikely that it will give in to the demand and share its meager victuals. Besides, having kicks-started the reform process the Government will be likely to approach its term end and the ensuing elections by throwing largesse aimed at the poor and the marginalized. UPA 2 had reaped the benefits of this scheme unveiled by UPA 1 and UPA 3 waiting for the same is not as farfetched as it may seem today. Needless to say, all this will need money and the Government is likely to conserve its resources so as to make every penny count.

Now that the inevitable falling out has actually happened, the prospect of the state’s CM somehow making the Center relent and look at West Bengal’s abject woes in a more favourable light is also gone.

As  has the prospect of raising monies from the markets. The state had been staving off the inevitable by market borrowings and it is already at an alarming position. Not only more borrowings will become dearer, but will also add to the existing burden and even payment of interest will become more and more difficult.

With no new industry worth its investment coming to the state, the prospect of revenues being generated from new streams too is a nonstarter and West Bengal has precious little to look forward to. With salaries and pensions eating away the lion’s share of the revenues generated the road indeed leads to a dusty death.

What then is the way out? Austerity measures. An immediate tightening of belts. Imposition of new taxes all the while going on the overdrive to attract fresh investments. There cannot be a miracle overnight, but the right steps will certainly put the state back on the path of recovery and possibly even of resurgence.

But why aren’t these steps being taken? Simple – because the Government is not economically wise enough to take this politically bitter steps. It is sad that even with the kind of a popular mandate that the Government has, it is scared to take the pill. Another case of economic sense being sacrificed on the altar of populism? As of now yes. But I strongly feel that after the Panchayet Elections, the Government will finally allow good sense to prevail and take steps that may look harsh in the short term but will be beneficial for the state and her people in the long run.

- Chawm Ganguly
Posted by Core Sector Communique at 8:16 AM