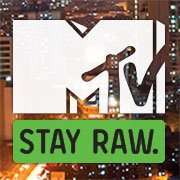 New Delhi,September 26 2012: After foraying into footwear, innerwear, lingerie, adventure bikes, eye-wear and other consumer products categories, MTV India, in association with Global Fragrances,today announced the launch of MTV Body Sprays and EDTs (Eau De Toilette). The range comprises six distinct fragrances (3 each for men & women), with each fragrance available in Body Sprays as well as EDTs format. Packaged distinctly in vivid & vibrant colours, the range is priced from Rs. 150 (for body-sprays) to Rs. 499 (for EDTs) and is available across more than 100,000 retail outlets in both conventional and modern retail.

Commenting on the launch, Sandeep Dahiya, Sr. Vice President Consumer Products, Viacom18, said, "The launch of MTV range of fragrances marks our entry into a serious and significant category personal care. We are excited to partner with Global Fragrances to launch a range that truly embodies the MTV attitude as well as the aspirations of Indian youth."

Speaking about the range, Somesh Choudhary, Managing Director - Global Fragrances, commented, "MTV is a cult brand that resonates strongly with the youth. Given our manufacturing & distribution capabilities, and MTV's creative strength, we are confident of this range doing exceptionally well. It has already received a great response from the trade."

Packaged in bold colours devil red, pitch black, flagrant yellow, glaring green and bold blue, the MTV range stand out with its innovative packaging, including a 3-dimentional MTV logo, placed inside the transparent cap. Another distinct design element is the strong, visual star that's part of the front design across all fragrances in different forms. This is symbolic of the star that is inside all of us waiting to be unleashed.

Introducing the MTV Groovstafragrance, popular host and dance diva Shibani Dandekar,said, "it is a gentle floral fragrance with a slight musky aroma. It's invigorating and long-lasting and it suits my long active schedules."

Yuki Bhambri, International Tennis player who unveiled the MTV Sportsta fragrance said, "MTV Sportsta bursts with Spice & Freshness. I can actually feel the wave of extreme freshness, adrenaline and energy, perfect for anyone into vigorous lifetyle."

Commenting on the MTVRocksta fragrance, Nikhil Chinappa, MTV's most loved VJ and DJ commented, " I like fragrances that are bold & electrifying and Rocksta is definitely my kinda fragrance. With a mix of citrus & musky notes, Rocksta truly rocks."

MTV VJ Rhea who unveiled the MTV Lovesta fragrance, said, "I think this perfume is inspired by me - "It's fun, it's subtle, and very mushy.Packed with sweet and fruity notes this fragrance indeed captures the joy and purity of being in love."

Over the next few months, both MTV and Global Fragrances will invest across platforms retail, television, online, print, mobile, on-ground and films, to create excitement around the range. The campaign will break sometime mid-October.

The MTV Body Sprays and EDTs comprise a broad bouquet of fragrances: