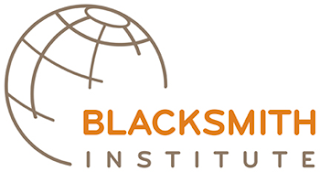 NEW YORK, NY,  July 30, 2012 --- In an unprecedented event, more than one dozen representatives from the international community convened in early July to develop an action plan to tackle toxic pollution in low- and middle-income countries.  The newly-formed Global Alliance on Health and Pollution (GAHP), coordinated by Blacksmith Institute, a non-profit dedicated to solving pollution problems, and supported by the World Bank, European Commission and UNIDO, among other agencies, is the first alliance of its kind to respond to the threat of toxic pollution on a worldwide scale. Toxic pollution is an under-recognized but major public health problem estimated to affect more than 150 million people globally.
Held from July 2 to 6, 2012 in Italy at the Rockefeller Foundation’s Bellagio Center, where some of the world’s most innovative ideas have been developed, the GAHP meetingproduced an agreement for collaborative action over the next three years targeting some of most polluted places on earth. The implementation plan aims to raise the alarm and push toxic pollution to the forefront of global issues. It also seeks to build capacity, country by country, to identify, analyze and prioritize the cleanup of toxic hotspots. Through its international network, the GAHP will assist developing countries to access resources to address toxic pollution and to develop and share pollution remediation strategies and technical expertise with each other.
“By banding together, we are creating the world’s largest platform for launching efforts and innovations to fight toxic pollution,” says Richard Fuller, president of the Blacksmith Institute. “There is a growing demand for pollution cleanup. The GAHP is here to coordinate and incubate ideas, and to assist any country that asks for help.”
“Toxic pollution does not just negatively impact health and the environment,” commented Mary Barton-Dock, director for the Environment Department at the World Bank. “It also damages economies, stunts development and affects the sustainability of natural resources. The GAHP is an important initiative that can make a real difference in people’s lives.”
The meeting at the Bellagio Center brought together representatives and observers from 19 different agencies, governments and organizations. GAHP members include the Asian Development Bank (ADB), the Blacksmith Institute, Indonesian environmental NGO KPBB, the Ministries of Environment from the Governments of Indonesia, Mexico, the Philippines, and Senegal, the UN Environment Program (UNEP), the UN Industrial Development Organization (UNIDO), and the World Bank.

The Toxic Pollution Problem
New studies indicate that the burden of disease from toxic pollution in some countries appears to be comparable to other public health problems, such as HIV/AIDS, tuberculosis and malaria.  More than 150 million people are estimated to be at risk from toxic pollution at thousands of hotspots globally. In some of the most polluted places, families live with and are impacted by harmful substances like lead, mercury, chromium, pesticides, and persistent organic pollutants.  Children are especially vulnerable--toxins cause greater damage to smaller bodies and their harmful effects can be irreversible. Health impacts include physical and mental disability; organ dysfunction; neurological, reproductive, behavioral and other disorders; cancers; internal and external lesions; reduced life expectancy, and death.

The GAHP Solution
The good news is that solutions to toxic pollution problems exist and can often be implemented cost effectively. The GAHP is designed to help coordinate solutions, to assist countries to address the problem strategically at a national level, and in particular, to facilitate South-South knowledge exchange. GAHP will work with countries such as Senegal, the Philippines, Indonesia and others to raise awareness about the problem and promote it in country development strategies, define in-country strategic action plans to address the issue, and build capacity to identify toxic hotspots, conduct technical analysis, and implement remediation projects. The GAHP will also help countries build stakeholder support and political will, and provide guidance on technical issues, standards and methodologies.

About the Blacksmith Institute
Blacksmith Institute is an international not-for-profit organization dedicated to solving life-threatening pollution problems in low- and middle-income countries.  A global leader in this field, Blacksmith addresses a critical need to identify and clean up the world’s worst polluted places, focusing on sites where pollution threatens human health, especially where children are most at risk. Based in New York, Blacksmith works cooperatively in partnerships that include governments, the international community, NGOs and local agencies to design and implement innovative, low-cost solutions to save lives.  Since 1999, Blacksmith has completed over 40 projects; Blacksmith is currently engaged in more than 14 projects in 11 countries. Blacksmith is currently hosting the GAHP Secretariat. www.blacksmithinstitute.org
Posted by Core Sector Communique at 10:45 AM