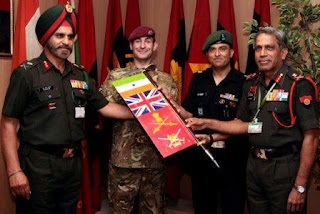 This expedition is being organised under the aegis of Directorate General of Military Training. Situated at an altitude of 21,534 feet, the unnamed peak would test the endurance, technical skills and team spirit of the expedition members. The team comprises of 20 members, of which eight are from UK Army and twelve personnel are from the Indian Army. Maj John Matthew Hing of UK Army is the team leader of UK team. This expedition holds significanes for the Joint Indo UK relations since it will only be the second Indo UK Army Mounatineering Expedition till date. The previous one was in 1987 to Mount Saser Kangri -I. 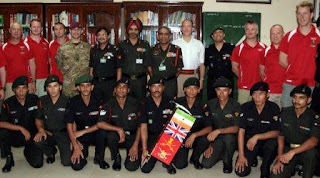 The Unnamed peak has been assessed to be technically very difficult and the degree of diffculty is further accentuated as it has not been attempted before. It will require a focussed and cautious attempt to open the route to the summit. 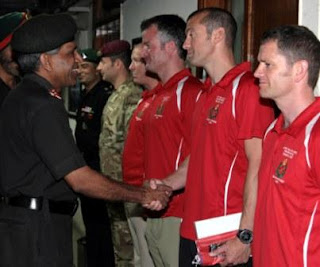 Maj RS Jamwal will be leading the joint expedition. The expedition members would undergo acclimatization enroute to base camp and will attempt the peak from 12-16 September after establishing two intermediate camps. The joint team is scheduled to return to Delhi on 24 Sep 12.
The expedition has been Flagged Off by Deputy Chief of the Army Staff Lt Gen Ramesh Halgali at Sena Bhawan on 23 Aug 12
Posted by Core Sector Communique at 4:49 PM