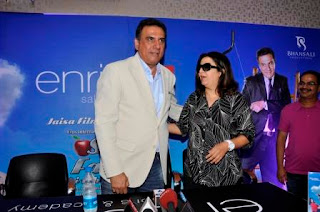 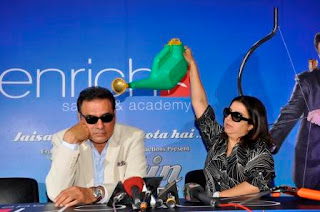 Mumbai, 23rd August, 2012 : Enrich Salons and academy, the largest chain of unisex salons in India tied up with upcoming movie “Shirin Farhad Ki Toh Nikal Padi” produced by Bhansali Productions and Eros International, they celebrated their association at the Enrich salon at Phoenix Market City Kurla. Not only did the fans get a chance to meet the impeccable Boman Irani and the multitalented Farah Khan but also won exclusive gift vouchers from Enrich salons & Academy. 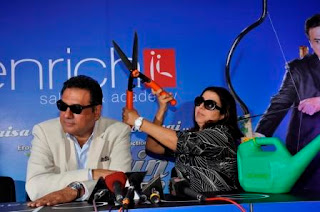 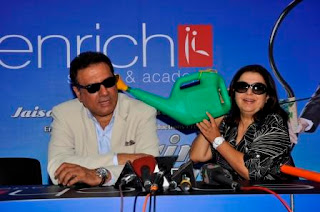 Today Enrich is the largest chain of unisex salons in Mumbai, Ahmadabad, Pune and Bangalore with 48 outlets spread out through the city. It is considered to be a melting pot of creative styling concepts and exceptional services at affordable prices. Enrich salons constantly strives to scale up the training process and introduce the latest technologies in the grooming industry. 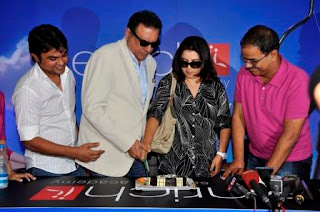 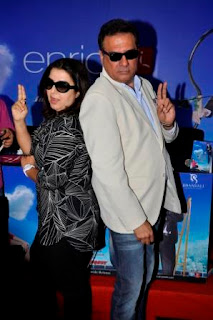 Commenting on the association, Rohit Dedhia, owner of Enrich Salons and Academy, says ““It’s a pleasure to be allied with 'Shirin Farhad Ki Toh Nikal Padi' and the presence of Boman Irani and Farah Khan has added their endearing charm to the brand.” He further said“Enrich salons offer an amalgamation of exceptional grooming services coupled with talent, style, hygiene & technology. Whether you’re looking for luxury treatments or want to adorn in simple grooming services, an Enrich Salon will offer it all”
Tanaaz Bhatia, Bottom Line Media (agency on record for the brand says “We are very happy to bring these two brands together…It’s a natural association between Enrich salons and 'Shirin Farhad Ki Toh Nikal Padi' …Since the movie is all about real people and real life situations, it will strike a perfect chord with Enrich’s clientele…we are sure that this association will be fruitful at both ends" 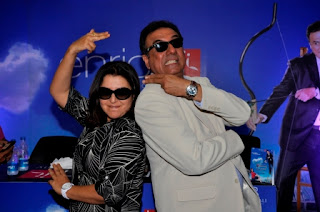 Movie Synopsis –
Story of Farhad (Boman Irani), a 45 year old Parsi bachelor who owns a bra and panty shop and lives with his Nargis and dotting grandmother Siloo. Farhad’s luck strikes when on a particular day Shirin Fugawalla (Farah Khan), a 40 year old bubbly, straightforward, a trust secretary enters his shop and he realizes he has fallen in love with her. The conflict in his love life arises when his mother Nargis realizes that Farhad (Boman Irani) is in love with her sworn enemy (Shirin) and all hell breaks loose.

Enrich first appeared in the beauty circuit in 1997 as a small and friendly venture; and was transformed in to a Private Limited company in 2004. Today Enrich is the largest chain of unisex salons in Mumbai, Pune, Ahmadabad and Bangalore with 48 outlets spread out through the city. It is considered to be a melting pot of creative styling concepts and exceptional services at affordable prices. Collaborations with specialists like L'Oreal, Remy Laure & Christian Valmy has led Enrich to surpass competition and to rise above the normal.