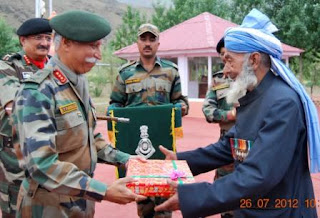 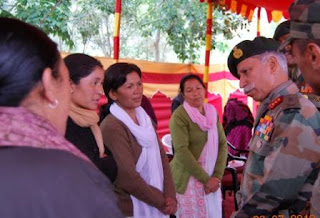 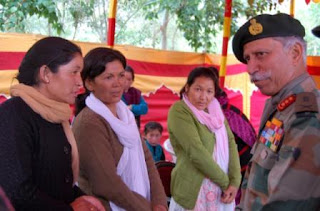 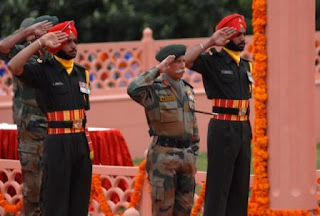 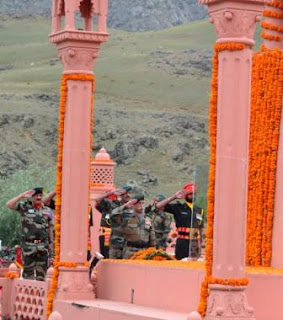 This was followed by a SainikSammelan, wherein, the Chief Guest recalled how the Armed Forces, undaunted by the adverse terrain and extreme weather conditions, rose to the occasion during ‘Operation Vijay’ to safeguard the honour and territorial integrity of the Nation. He called upon all ranks to draw inspiration from the unity of purpose, steely resolve and spirit of sacrifice, displayed by our men and continue to strive hard in pursuit of excellence to raise the standards set. The Sainik Sammelan concluded with honouring of Veer Naaris and Next of Kin of Martyrs. The Chief Guest interacted with the media on the side lines of the ceremony. The event also included Tea for all troops and the guests.

Not to be left behind in their patriotic fervor, the trio of Shankar, Ehsan and Loy represented Bollywood through an entertainment pgme. They paid rich tribute to the martyrs through their soulful performance. The artists with the gaiety, intensity and variety of their performance, captivated the audience and left them in trance. It was a lively event with a patriotic theme which was enjoyed by all.

The evening celebrations were marked with Mass Band Display followed by Beating the Retreat. Next in the series of events was Memorial Service in which candles and lamps were lit up at the War Memorial to pay tributes to the befallen heroes. In a be-fitting finale to the celebrations, the event was rounded up with Son-et’-Lumiere’, a light and sound show on Operation Vijay.

The celebrations were conducted with full military grandeur to pay homage to martyrs as well as to acknowledge the contribution of units and formations which had participated in the conflict.
Posted by Core Sector Communique at 5:19 PM