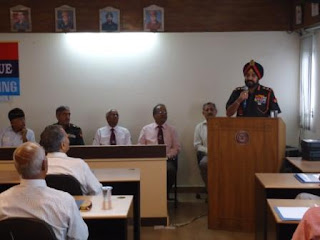 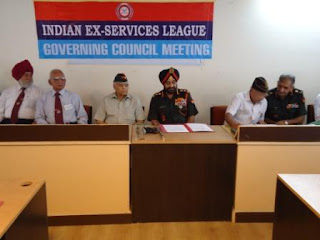 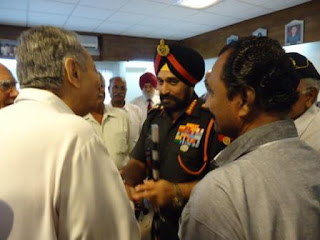 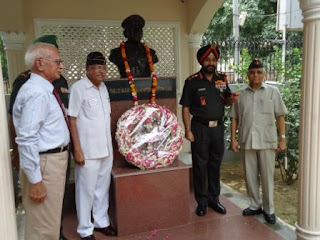 The COAS attended the General Council Meeting of Indian Ex-Services League (IESL) held on 26 Jul 2012 for close interaction with the veterans. IESL is the apex organisation of Ex-Servicemen of the country recognized by the Govt. of India.
On arrival, the COAS was received by Brig RKS Gulia (Retd) the President of IESL and introduced to the National level office bearers. Thereafter he laid a wreath statue of Late Field Marshal KM Cariappa in the IESL compound.
In his address to the veterans, the COAS said that the issues affecting the Veterans and Veer Naries were very close to his heart and was one of his Key Result Areas during his tenure. He informed the delegates that although 2012 has been declared ‘The Year of Veterans’, he however, felt that it should not be restricted to this year alone, but should be an ongoing process. He also said that he was in the process of revitalising the mechanism to address the grievances of veterans. He emphasised the importance of veterans and said that they were the foundation of the Armed forces and we cannot let the foundation be weak. He stressed the fact that the issues of veterans can only be solved by the joint efforts of both the veterans and the service HQs. He also said that the Govt was very positive towards improving the life of the veterans. The Committee under the Cabinet Secy is looking into the issues. The three service chiefs have put across their points and are going to have another interaction soon. He was hopeful of a positive outcome.
Posted by Core Sector Communique at 3:08 PM